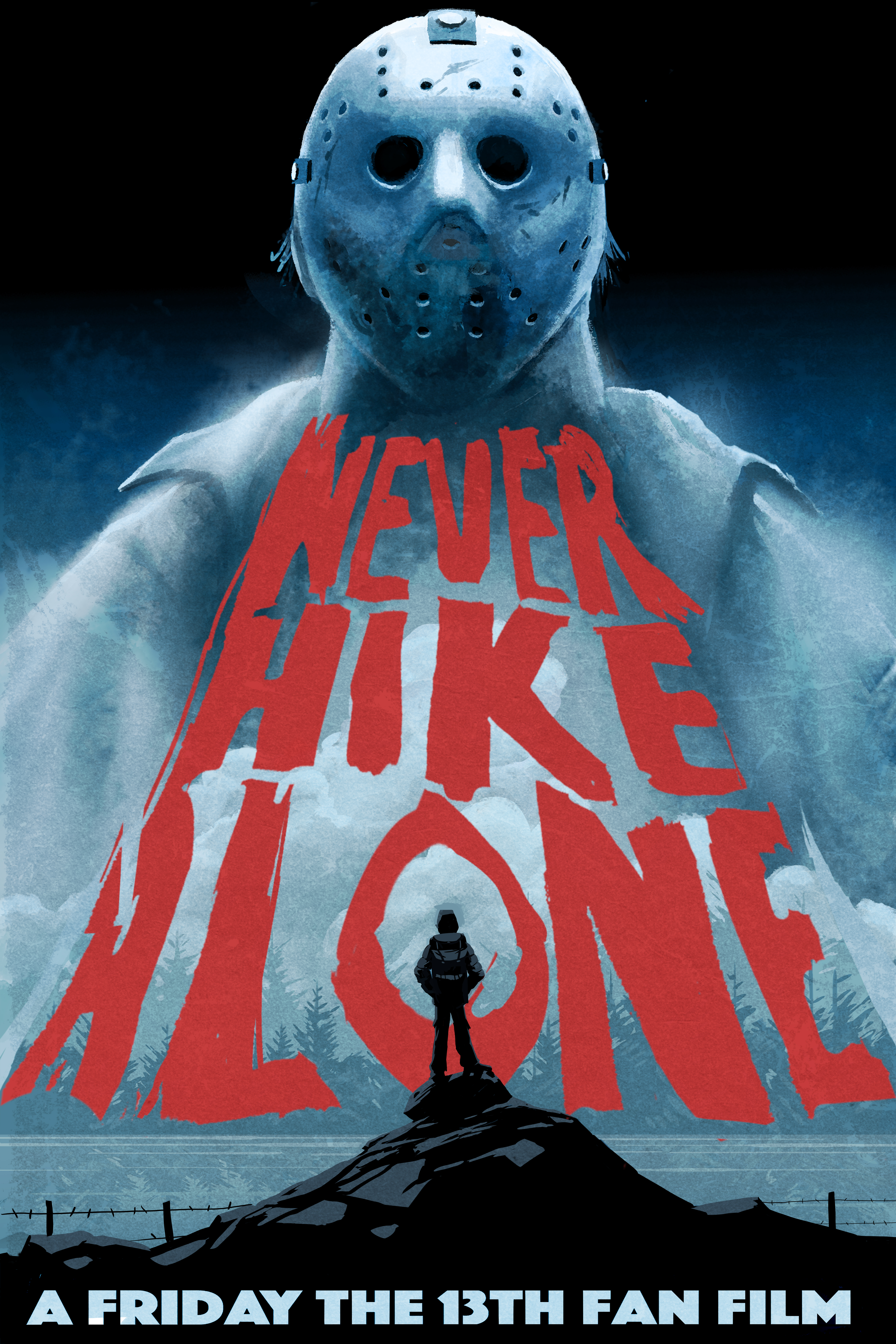 We would like to bring attention to a new fan film that has popped up on the scene, having some great potential. Womp Stomp Films Launched Kickstarter Campaign for Friday the 13th Fan Film “Never Hike Alone” Longtime animation guru Vincente DiSanti has partnered with Producer Kyle Klein, and Director of Photography Christopher J Thellas, to create “Never Hike Alone,” a unique, high quality Friday the 13th fan film as the first for their newly established Womp Stomp Films banner.

Despite a planned runtime of just 22-minutes, the short film plans to tell a big story in following KYLE MCLEOD (Andrew Leighty), an avid backcountry hiker who, while on a solo backpacking trip, discovers the long lost remains of CAMP CRYSTAL LAKE. Ignoring the campfire stories from his childhood, Kyle’s curious nature draws him in to see what is left of the camp which has been closed ever since the infamous 1980 Friday the 13th murders.

However, Kyle’s innocent search of the camp turns deadly when he is attacked by Camp Crystal Lake’s last remaining resident, JASON VOORHEES. Stranded alone in the middle of the wilderness, with no
equipment, and a legendary mass murderer on his heels, Kyle’s survival skills will be put to the test like never before. Will he make it out of the woods alive or become another victim of the infamous
cursed camp?

“For me, [Never Hike Alone] is a story of man vs. nature in the most extreme way.” said DiSanti, who will also be playing the iconic role of Jason Voorhees in the film. “I took inspiration from films like 127 Hours, The Martian, and The Descent. Films that use complete isolation to escalate their drama. In this case, our drama comes in the form of one of horror cinema’s greatest characters.”
Womp Stomp Films has set their Kickstarter Campaign with a fundraising goal of $40,000. If successful, the funding will allow the Womp Stomp team access to an abandoned camp in the San
Bernardino National Forest. Almost like a tale from an actual horror film, the team discovered the lost camp after a pair of locals showed them an old map with the location. “At first, all we had to go on were some vague directions and photos of an old map on my phone. It took a few nights on google maps, but I was eventually able to locate the camp. We set out the following weekend to find it. The moment we arrived at the site we knew we had to film there. It was perfect.”

In exchange for financial pledges, they’re offering a number  valuable rewards, pins, hats, t-shirts, posters, sweatshirts, producer credits, and even props from the actual film including Jason’s iconic
hockey mask. Acting independently from the actual Friday the 13th Franchise, Womp Stomp Films is diligent about making Never Hike Alone a nonprofit venture. Upon completion of the project, they will be donating all remaining funding to Penny Pines Reforestation Program.

A branch of the National Forest Service of California, the Penny Pines Reforestation program helps revitalize areas of our national forest that have succumb to fire and disease. To date the program has
reseeded over 88,000 acres of national forest.


The Kickstarter campaign for Never Hike Alone will come to a close on Monday, October 3, 2016. If you would like to support the project, you can do so by visiting this link: