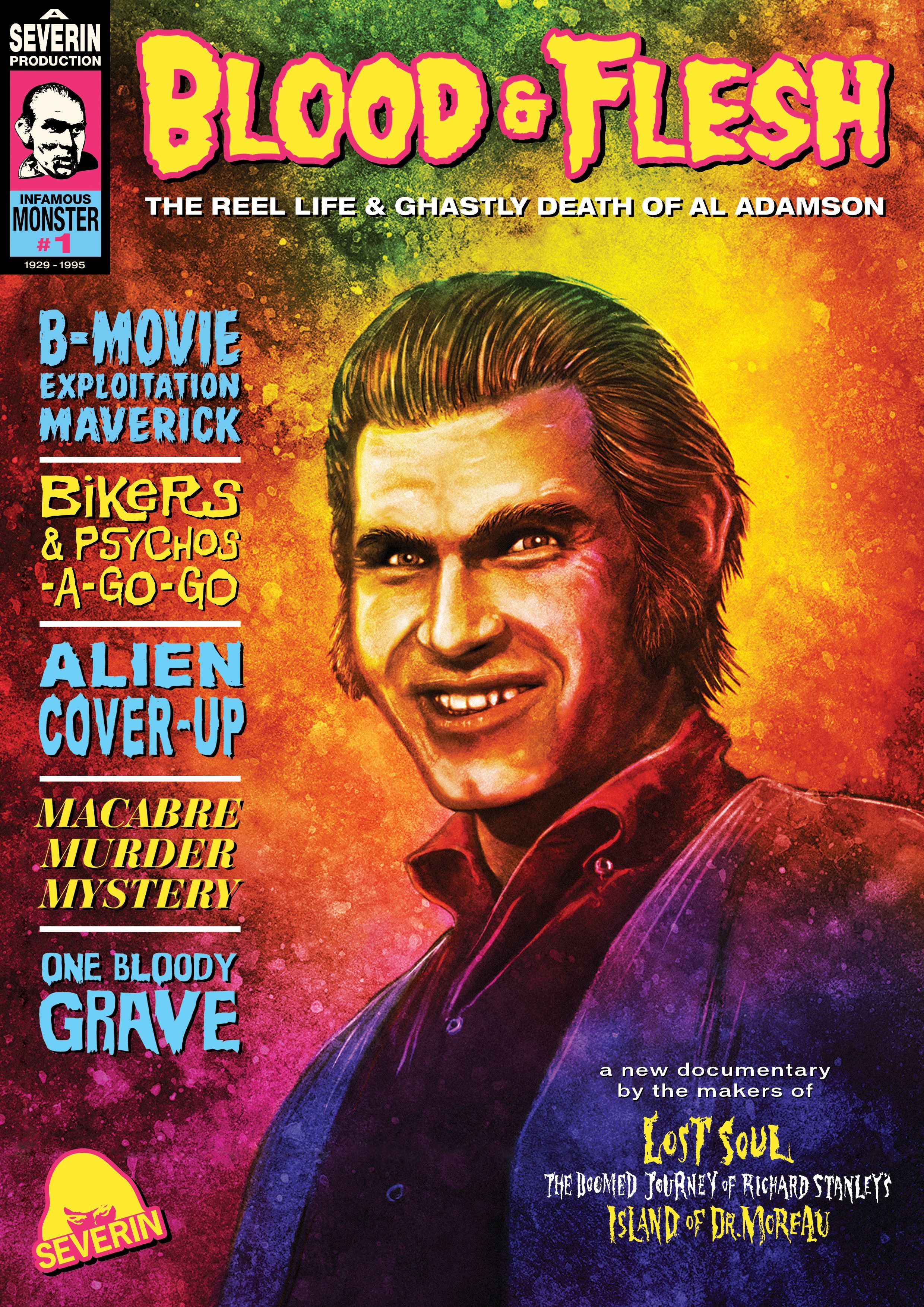 Stop me if you’ve heard this one before; a tenacious young exploitation filmmaker forms an unlikely relationship with a legendary character enjoying the last breath of a waning career as the two come together to make z-grade cinema history. No, this is not the Ed Wood story, this is Blood & Flesh: The Reel Life & Ghastly Death of Al Adamson, a documentary from director David Gregory detailing the incredible career of guerrilla filmmaking pioneer Al Adamson, who proves to be in the same league as Wood in audacity and resourcefulness.

The son of silent film actress Dolores Booth and actor/producer/stuntman Victor Adamson (a.k.a Denver Dixon) who was himself a pioneer in independent filmmaking and star of nearly 300 westerns, Adamson was groomed from a young age to become the next big western star but ended up finding more success behind the camera. His first big film, Psycho a Go-Go, perhaps best exemplifies what makes him such a quintessential exploitation filmmaker. Conceived of as a bank heist crime drama, it initially faced resistance from theaters looking for something with more immediate curb appeal. Unwilling to throw out what they’d shot, Adamson gets the idea to introduce a plot about go-go dancers to appeal to what was a new craze at the time. This cut also went nowhere. This is right about when a normal, rational mind would give up and move on to something else, but Al Adamson was not a normal person, and instead, he chose to add an additional plot involving zombies and a mad scientist played by an aging (and often inebriated) John Carradine.

It’s been said that a good documentarian can make anything interesting but here the opposite is also true—the subject matter is so engaging that you don’t have to do much with it. Adamson’s body of work covers a multitude of genres and featured a revolving door of iconic horror actors including John Carradine, Lon Chaney Jr., and Angelo Rossitto, a prolific dwarf actor who starred opposite Bela Lugosi and Lon Chaney Sr. Aside from his laundry list of old Hollywood and Vaudevillian guest stars, Adamson worked with a fairly consistent core group of artists and performers, a great many of whom are interviewed here alongside an archival interview with Adamson himself.

While it would be hard to go astray with such strong source material, Gregory must be credited for the choices made in focus and pacing. This is fundamentally a documentary about independent filmmaking and that stubborn auteur spirit of putting the film above all else, including personal and financial well-being. This is not, however, a film about the man himself. We do get some insight into who Adamson was as a person, but everything happens in the context of the arc of creating or marketing the next film, which works for a man with such a singular focus who let his work speak for itself. I also appreciated the balance and not making this into a film about his death. This part of the narrative is made more interesting by the use of extensive archival footage of the coverage and investigation but only comprises a total of about 20 minutes, the rest of the film being spent on the many twists and turns of Adamson’s career.

A fascinating watch for any fan of exploitation films or filmmaking docs, Blood & Flesh: The Reel Life & Ghastly Death of Al Adamson is the documentary equivalent of something like Ed Wood or The Disaster Artist, reminding us of why we love underdogs who just refuse to give up, regardless of whether traditional logic dictates they should.